How AWE Made This Hospitality Client a Little More Kind When Premiere Airport Food Service (PAFS) wanted to enhance its name recognition, distance itself from its outdated competitors and set a new standard as far as airport dining, they realized what many restaurant, bar and resort owners already have – that when it comes to raising one’s food, drink and dining profile, no one does it quite like Awe. 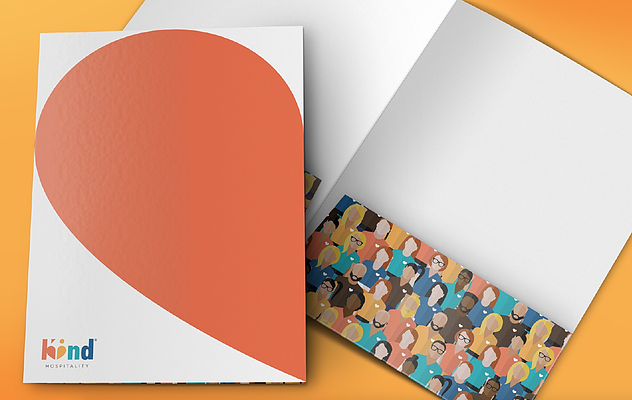 The team’s first step in making PAFS a household name was to change that name – which was frequently abbreviated to a largely unknown acronym – to something shorter, more identifiable and more indicative of the company’s core values and standards. The Awe team offered up a number of options and the client ultimately selected Kind Hospitality, a short, easy-to-remember moniker that fit well with the brand’s planned progression and growth within its market. (This was also our favorite option.) Additionally, the new name left room for the company to continue to grow its university, boutique hotel and other, less-traditional restaurant/retail locations without pigeonholing itself as strictly an “airport restaurant” operation. 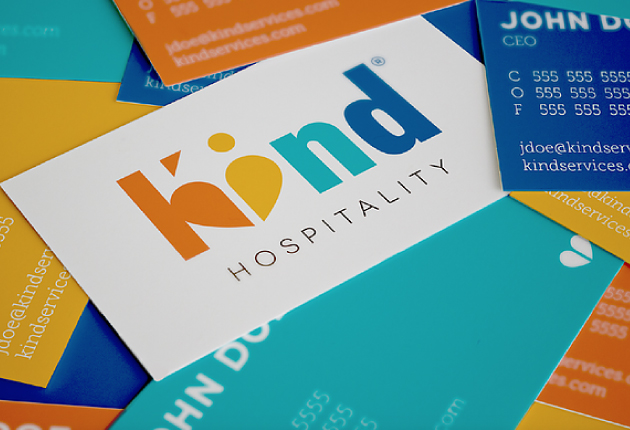 With the name change in effect, the natural next step was to establish a logo and branding campaign tobase around it. As important as designing an eye-catching color scheme and an equally catchy tagline was dreaming up a design that could easily be applied to digital and print campaigns and pieces, so the Awe Collective set to work creating a bright, colorful and easily identifiable brand campaign and a “Be Kind” tagline/mantra that succinctly and sufficiently expressed one of the organization’s core beliefs.
Nowadays, KIND Hospitality operates more than 60 eateries across the region, among them Paradise Bakery, Panera, NYPD Pizza and Copperplate, and it employs more than 500 people in its concepts. The company continues to gain ground in numerous new markets and credits Awe with helping raise its profile, distance it from less service-oriented industry competitors and ultimately position itself for unprecedented future growth.
Share:
previous next